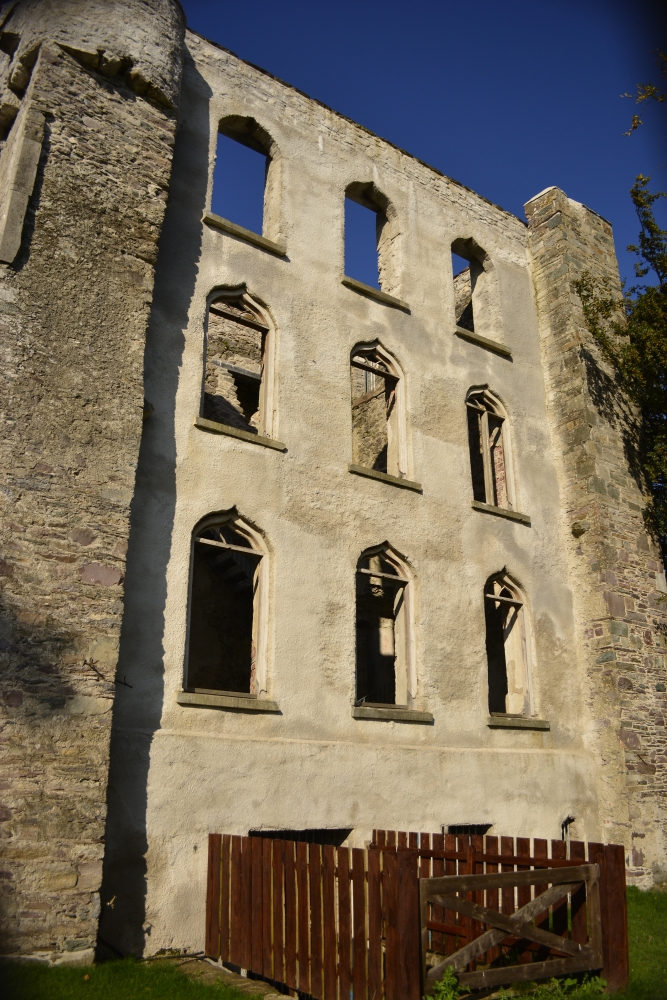 There are many ‘lioses’ or ‘forts’ in Ireland. It is estimated that there are between 10,000 and 15,000 found in every county from Antrim to Cork. They go under various names – lios, fort, rath, dún, caiseal and cathair. Generally ‘lios’ and ‘fort’ refer to earthen or clay – built structures while ‘dún’ or ‘caiseal’ refer to stone made ones. They are thought to be purely Irish origin, even though some are found in Wales and England but some of those are rectangular in shape.

They were not constructed as means of defence in a military sense but rather as a homesteads or farmhouses and were a place of safety for cattle from wolves and cattle rustlers who were numerous in those days. It is though that they were made from the early Iron Age through the whole early Christian age and even it is proved that one was constructed as late as 1500 A.D.

In this parish it is almost certain that the ‘lioses’ were made between 100 B.C. and 400 A.D. The simplest of the ‘lioses’ or ring forts as they were called, was a circular space surrounded by a bank and ‘fosse’ (drain). The exit from the fort was by a causeway or drawbridge across the ‘fosse’ or by underground passage under the bank and ‘fosse’.

There may be two banks or three, but never more than three and the ‘fosse’ were often filled with water.

The diameter of the ring forts varied from 15 to 20 yards – inside measurements and in some cases was as wide as 100 yards. In the inner space were buildings made of stone or timber where people lived or slept.

The cooking was usually done in the outside in places called ‘fulacht fiana’ – simply holes dug into the ground into which were put stones well heated and these stones heated the water which in turn cooked the meat or other food.

In every fort was a souterain or underground passage, either entirely within the ring or sometimes with an exit outside the ring. Those underground passages were short, 20 yards at most and did not connect with other forts as is generally believed.

The reason for those underground passages is not clear. Some think that they were places of safety for women and children in time of war – in them were chambers, which most likely were used as store rooms for food. It was not easy to go through those passages and one sentry could hold many back.

The forts were generally built in upland areas with a beautiful view of the countryside from all angles.

It is also thought that those ring forts were occupied by the better off strata of society the number of rings indicating the importance of the resident. In many cases the fort informed the centre of a settlement, there being houses outside the fort as well as inside.

Sometimes forts are found on top of a high hill and occupying a large area and having three rings. Those forts were the residents of kings, such as Eamon Macha near Armagh.

Some of those forts are in very good condition after all those years, but other have been ravaged by weather and wild animals and worse still, some have been blotted out completely by the plough and bull dozer.

What a pity people are not a bit more thoughtful and not destroy those monuments of our past which have lasted the test of time only to be destroyed in a few fleeting moments.

It is a curious fact that no fort is to be found in our glens and valleys or never above 200 feet above sea – level anywhere. It is believed that those glens were not inhabited until much later times, about the time Cromwellian Wars.

Local historian, Danny Meara, Gortcullane R.I.P. a great local historian, held that Cromwell’s soldiers were afraid to enter those valleys which were covered with trees and undergrowth. All along the McGillycuddy Reeks forests reached a great height on the mountainsides.

There are many examples of forts in our parish, about 30 in all and many in good condition while some are much damaged and a few wiped out entirely.

Most of those forts are two ringed with some only one ringed, and at least one with three rings.

There are three kinds of forts:

And we have examples of all three in this parish. We also have the highest perhaps in Ireland in Lisibane in John D. Connor’s 550 feet above sea level.

The three kinds of lioses are:

The following is a list of our Parish Forts:

It is a great pity that some of these ‘lioses’ have been completely wiped out or partly destroyed. Many more too would have disappeared were not people afraid to interfere with them, least the ‘daoine maithe’ or ‘faires’ would bring a curse on them.

Those lioses are ‘milestones’ in the history of our country and what a crime it is for the sake of a few extra square yards to blot out any of the remaining relics of past generations.